Among Us MOD APK 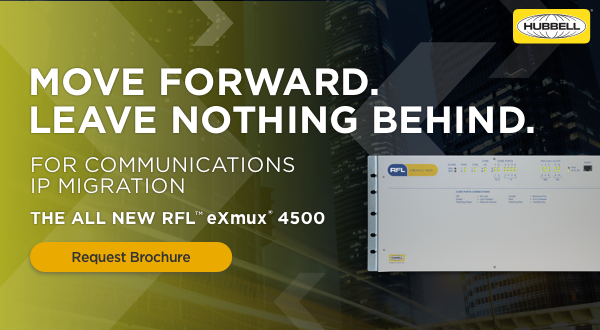 Editor’s Note: Over the next few weeks, we will highlight sessions at the June 17-21 Telecom & Technology conference in Fort Worth, TX. Registration information is here!

We’re just over a month away from Telecom & Technology!

Our agenda is online and we are making updates daily. Check out our eight awesome, packed educational tracks:

In addition, we’ve got a host of trainings, 101s, and user groups scheduled for Monday and Tuesday.

Here is some information about two user-group trainings being held on Tuesday, June 18:

Have you registered for T&T yet? Time is getting short!

Click here for all the information you need https://utctelecom.org/.

A bipartisan coalition of 13 California Members of Congress urged the Federal Communications Commission (FCC, the Commission) to protect utilities and other critical-infrastructure industries (CII) in the 6 GHz spectrum band from interference should the agency proceed with a proposal to open the band to unlicensed use.

In a letter late last month, the California delegation told FCC Chairman Ajit Pai that the Commission must ensure it takes great care to protect the communications systems used by utilities and other CII in the band.

“Over the past few months, we have heard from our electric and water utilities about the proposed rulemaking and the detrimental impact interference from new unlicensed users could have on the provisioning of reliable utility services,” the California delegation wrote. “Given the importance of utility services for our economic and national security, we encourage the Commission to carefully craft technical specifications to ensure the adequate protection of utilities and other critical infrastructure owners and operators’ communications networks from harmful interference.”

The letter marks the second missive sent by members of Congress raising concerns about the FCC’s proceeding to expand the 6 GHz band to unlicensed use, proposing to protect incumbents through an untested Automated Frequency Control (AFC) system. In early April, Sen. John Kennedy (R-LA) pressed the FCC to ensure that its actions in the band do not interfere with CII (Industry Intelligence, May 6, 2019).

The California members expressed appreciation for the FCC’s efforts to find more efficient use of the U.S.’s spectrum resources but noted that other bands could be used for effectively for the kinds of mobile Internet of Things applications the FCC envisions in this proceeding. “Commercial wireless users have multiple spectrum options for their service, while, utilities and other users in the 6 GHz band will have few if any other bands should they be forced to relocate,” the members said.

The letter was sent after many public-power utilities, including some UTC members, and their Washington representatives and UTC met with many of these members of Congress over the past several weeks. This is another significant step in our efforts to push the FCC to acknowledge the needs of utilities and other CII incumbents in the 6 GHz band.

Federal Communications Commission (FCC, the Commission) Chairman Ajit Pai made the first public announcement of the news in a statement released during the Commission’s May 9 open meeting.

Among other responsibilities, NTIA oversees spectrum use by federal agencies and manages funding programs to expand broadband access across the country.

Administrator Redl was sworn in as NTIA Administrator in late 2017. Prior to that he served as chief counsel of the House Energy and Commerce Committee Communications Subcommittee. He also worked as director of regulatory affairs for CTIA-The Wireless Association.

“On behalf of the Utilities Technology Council, I wish Administrator Redl the best of luck as he moves on from the National Telecommunications and Information Administration,” said UTC President and CEO Joy Ditto. “Administrator Redl is a true public servant, as evidenced by his leadership positions on congressional staff and as the leader of NTIA. We wish him well. NTIA plays a critical role in managing federal spectrum; we look forward to working with the agency to ensure the spectrum needs of energy and water utilities are acknowledged as NTIA pursues a National Spectrum Policy.”

“David Redl is a longtime colleague, who served with distinction during his 18 months at NTIA,” said FCC Chairman Pai. “He was a vocal advocate within the Department of Commerce for repurposing federal spectrum for commercial use and fostering the private sector’s lead in 5G deployment. I thank David for his service and wish him all the best in his future endeavors.”

Prior to her appointment as Deputy Assistant Secretary, Acting NTIA Administrator Rinaldo staffed the House Permanent Select Committee on Intelligence, where she was the lead committee staffer on Congress’ landmark cybersecurity legislation, the Cybersecurity Act of 2015. She also served as the oversight and budget monitor for the National Security Agency and the defense network systems, and served as Deputy Chief of Staff to Congressman Mike Rogers as his top technology policy staffer.

The Department of Energy (DOE) last week announced an $8 million investment in innovative approaches to enhance the reliability and resilience of the nation’s energy infrastructure.

The partnership opportunity will spur the development of next generation tools and technologies that will become widely adopted throughout the energy sector to reduce the risk that a cyber incident could disrupt the energy system including electricity generation, transmission, and distribution as well as the production, refining, storage and distribution of oil and gas, the agency said.

DOE’s Office of Cybersecurity, Energy Security, and Emergency Response (CESER) is providing the opportunity on behalf of the Department through the Cybersecurity for Energy Delivery Systems (CEDS) program.

“The Department of Energy is committed to securing our Nation’s energy infrastructure against all threats, both natural and manmade,” said Under Secretary of Energy Mark W. Menezes. “Through this funding opportunity, we will accelerate efforts to strengthen our nation’s energy infrastructure against cyberattacks and ensure a more secure, resilient, and reliable energy delivery system.”

According to DOE, projects are intended to advance the resilience of electricity generation, transmission and distribution infrastructure as well as the production, refining, storage and distribution of oil and natural gas, by enhancing the ability to survive a cyber-attack while sustaining critical energy delivery functions.

The agency said the funding opportunity supports the Administration’s directive to secure critical infrastructure as outlined in the National Cyber Strategy, through research and development of:

Awardees will be notified no later than September 14, 2019, DOE said.

A snapshot of upcoming UTC webinars, events, and conference calls